All my life I’ve always had to work for everything. My childhood was spent working instead of playing. Altogether we were eight siblings, four sons and four daughters. Since I was very little I liked wearing gajal (eye liner) and my mom’s sari. I would dream of being a fashion designer. I would steal my mother’s sari, cut it with a knife and sew a bhoto for my sister. Many times I was beaten up by my mother for doing so. My father and brothers used to beat me and my sisters scolded me for my behavior and act. 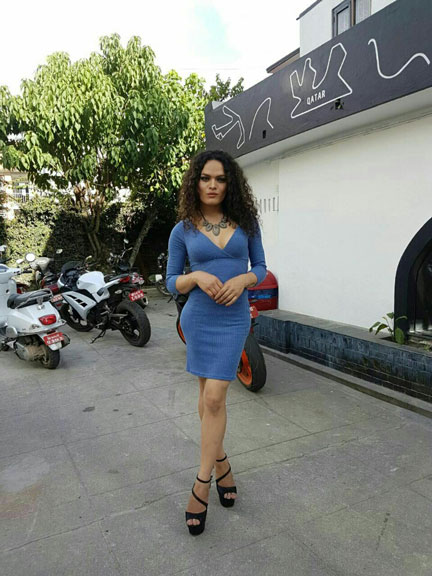 My family were farmers but didn’t have their own land so we all worked in other people’s land. But I never did any heavy work. It was very difficult for me to plough and do the heavy stuff. I preferred cooking food and bringing it to the workers in the fields. This was usually what women did. I used to wash dishes, carry fertilizers and do all the house work which men didn’t do. I always was found with a group of girls and I disliked boys. The boys used to tease me telling me that I was like a girl.  But at the same time I felt that I was attracted to them. It was a strange thing.

I was also a very good student and I really wanted to study. My father was a very poor man and could barely afford to feed me, forget educate me. So I was sent to work at someone’s house in exchange for an education and food. These days its called child labor. I used to cook food, clean dishes, take care of their children, and clean the house.  I had to wake up at 5 am and do my chores till 9 am. After that I could go to school. At around 1 pm during my school break I came back to the house to prepare their afternoon tea. Then I would return to school and continue my classes. My classes finished at 4 pm. I then had to wash the dishes and prepare dinner.

Since third grade I worked in other people’s homes and studied until I finished high school. In our classes boys and girls sat separately. My teachers would often scold me because I sat with girls. I didn’t realize the differences between us. For me, I was like them. I didn’t play football with boys, instead I played games that girls enjoyed like Gatti, etc. When I was in eighth grade, I was very into reading this newspaper called Saptahik which was popular. I used to save my lunch money – 5 or 10 rupees every day and buy Saptahik instead. One day there was an article on sex change which made me very curious. I started searching and researching about it and eventually became aware of my own sexuality. 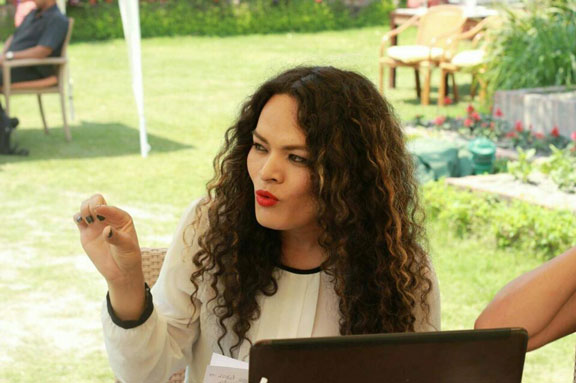 I realised that I preferred boys physically. Whenever my male friends talked about their girlfriend and having a physical relationship with a girl I felt disgusted. When a boy sat next to me, I felt happy. I was 14 years old and I was infatuated with boys. I slowly started sharing what I felt.

At one point of my life I got introduced to BDS (Blue Diamond Society) and met many third gender people. Even though the family in Dharan who I lived with didn’t allow me to meet them, I secretly made visits to third gender people in Ithari who were working with BDS there.  I told them I like boys. I like to have long hair, dress like a woman and put make up on.  During ninth grade I made frequent visits to the BDS office because I felt I belonged to that community.  After my tenth grade exams I was interviewed by a FM station. I called my home and told them to listen to my interview. Through that interview, I let my family and others know about me. I openly spoke of my sexuality and my preferences.

My family members accepted me for who I was. They didn’t say anything when I wore women’s clothes to go home.

I am brave. I don’t feel shy. I never hesitate to speak about me. In fact I want people to know about who and what I am.

If I had been born as a girl, maybe I would live a perfect girl’s life, marrying and taking care of my family. But since I am a transgendered person I am different. I talk openly about who I am because I think it will help others like me. I hope that if someone’s child is like me then they will support their children. They will understand that there is nothing wrong with being transgendered. 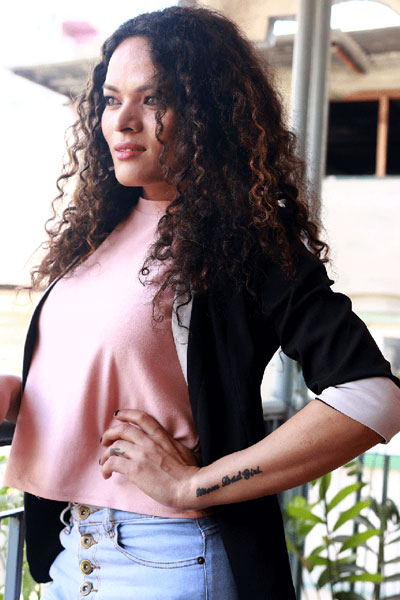 I would often be called Hijra (eunuch) and chakka (sissy) but I learnt to ignore it. Often times older people would ask their children to call me chakka as I passed by.

I never felt discriminated against until I came to Kathmandu. In Kathmandu I would apply for jobs but when they called me in for an interview and saw me, they would decline telling me openly that they don’t hire hijras and chakkas.

In June 2009, I went to Qatar for work. For a month I worked in a construction site where many Nepali men worked. They would always help me out since they knew I couldn’t do heavy work like them. I used to live with all the construction workers in a  worker’s hostel. At that place I met five similar people like me who were from various places in Nepal. I stayed for a month and returned back due to medical issues. After that I worked in Dubai for a few years. I took care of a wealthy Sheikh’s home when they were away. The Sheikh and his wife trusted me to take care of their home while they were gone but eventually I had to leave because the money just wasn’t enough. You see, I have to take care of all my family back in the village.

I came back from working as a migrant worker and got trained as a makeup artist and now I am learning hair styling. 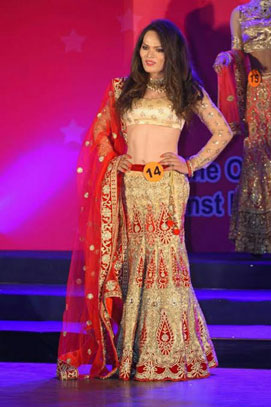 I am modeling and also have been writing as a journalist for Himalayan News Express Online. I take interviews of celebrities.

I am a transgendered person.

I got breast implants in Bangkok and my lower genetalia is of a man’s. In Bangkok they call us “she males”. Before implants I used to wear both male and female dresses. But now after my implants, I feel more comfortable just  wearing women’s clothes.

Today, I have been in a relationship with a boy for 10 years. He is married to someone else but I know that he loves me. I am not sure if his wife knows about our relationship.

He is going to have a baby. 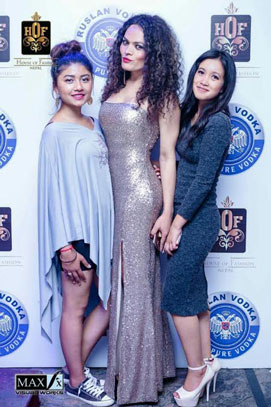 I have seen many cases of trans men and women where the families are around until we send them money. And a lot of this money is earned working in Thamel since there are barely any opportunities for us. When we reach a certain age and cannot work anymore our families have often discarded us. So many people from my community commit suicide. So many are found dead on the streets. But then there are those like Bhumika Shrestha who is well known  politically, Anjali Lama who is a famous model and Sophie Sunwar who has her own make up studio.

I wish there was a bar or a place to hang out for LGBTI people in Nepal. It would make things a lot easier. There are many people who are in search of a comfortable place to be themselves. If there was a safe place for us then we could comfortably do what we wish.