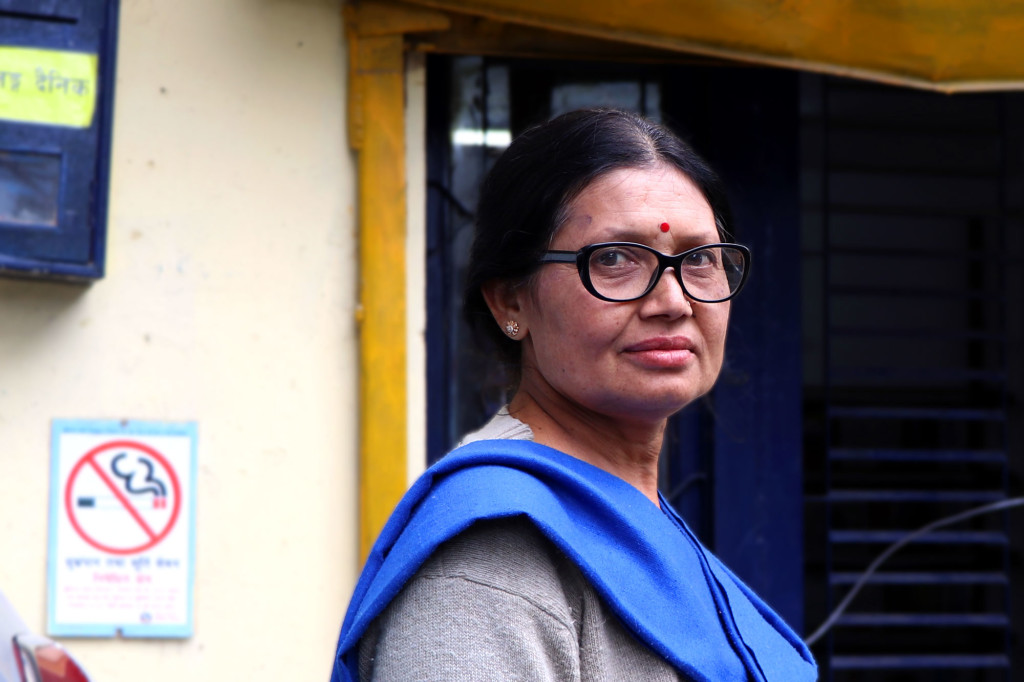 On January 8th, 1999 my husband was abducted by the Nepal Army which suspected him of  being a Maoist. He was a lawyer by profession and also a teacher in a college in Gorkha where we lived. After that, I was the only person responsible for raising three of our children and my father-in-law. I worked as a teacher too. I was doing well at work but the school administration and the army started to keep an eye on me. When the State of Emergency was ordered, it became very unsafe for our family. One day, the police and army came to my school and arrested me along with two students on suspicions of being Maoist sympathizers. For the 15 days that we were locked up, we were heavily tortured. I was still breastfeeding my youngest son back then. He couldn’t drink his mother’s milk and for me the added torture was the knots and pain in my breast from not being able to feed my child. The army didn’t care about the fact that they were separating a breastfeeding child from its mother. They tortured us constantly. They would drop us into water tanks and beat us one by one. 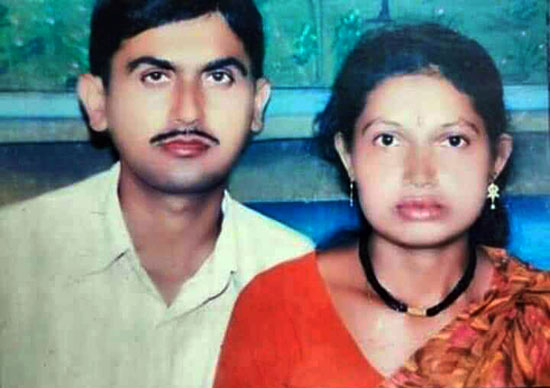 As a child, I always wanted to study and become educated so that I would have the same  opportunities as boys. Of course, this was problematic for a young girl from a rural place in Nepal. Our schools were very far and we had to travel long distances to study. Families wouldn’t let girls travel far because they thought it was unsafe. So rather than dealing with us, they married us off early in life to get rid of what they considered as ‘a problem’.

I was married early but after my marriage I continued my school and finished my SLC. But then I had children and slowed down a bit. I still managed to complete my high school by 1997 and continued raising my children. After high school, I started teaching.

After my torture and my husband’s disappearance I felt very unsafe so I took my children and moved to Kathmandu. I got a job as a librarian in a college which paid me Rs.3500 per month. Amid immense hardships, I managed to educate and raise my children. My oldest daughter completed her SLC from a government school and started working. My younger daughter got a scholarship at a private school in Kathmandu and studied there. And after some years my son got a scholarship at a school in Pokhara and left at a young age to live in the school hostel and study there. 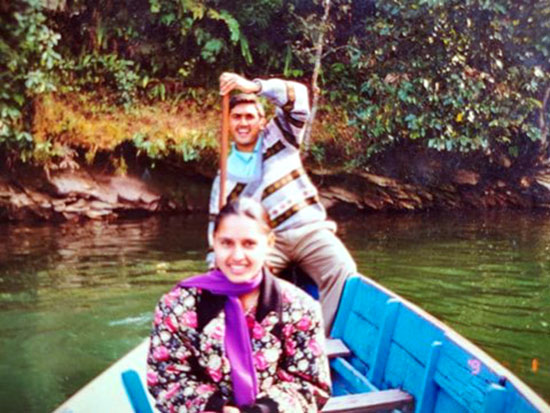 My children have also gone through severe mental stress. In Kathmandu, I would work from 9am to 5pm every day. One day I came back to home to find my younger daughter and son crying. When I asked them why they told me that  our neighbor had told them that I had gotten arrested. They remembered the time when I was gone for 15 days and began to panic. They didn’t know anyone else in Kathmandu and were scared about who would take care of them and feed them without me there.

One winter holiday we traveled back to our village. We were almost home, and my kids wanted to eat oranges so I stepped out of the bus and went to buy it. After buying the oranges, I was about to get into the bus and the police came and arrested me. I was separated from my children. I didn’t know the where they were and how they were. The police kept me till 8PM the nest day and I ran towards my village as quickly as I could. I was so worried not knowing where my children were. But when I got to my village I found them at my brother’s home. Just thinking about these days is too painful for me.

When my husband first got taken away, I had so many responsibilities that I didn’t have much time to go look for him. The first two years, my brother-in-law went everywhere looking for my husband. After I got to Kathmandu, I continued the search. I would go to courts, attending hearings and try and find any information about the disappeared, including my husband. There were many organizations that worked on conflict issues those days. They would often have training and programs that I would always attend hoping it would help me look for my husband. 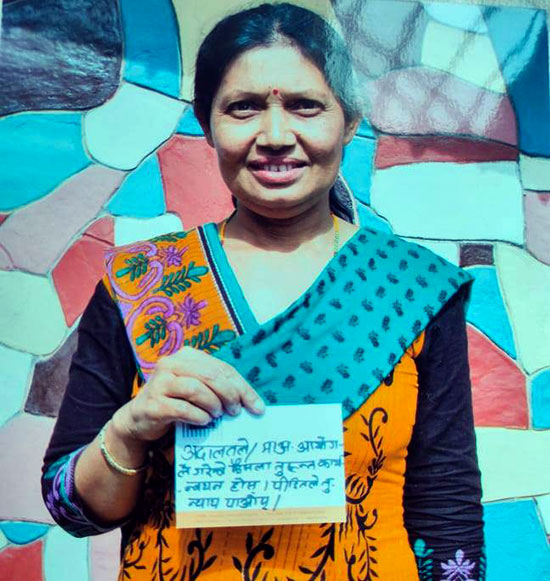 On 1st June 2007, Supreme Court declared its verdict on my husband’s case. The court had decided that the army officials that abducted my husband should be arrested. But since Nepal had no law on disappearance, the court’s decision could not be implemented. After that the TRC and CEIDP were formed. But nothing has happened yet. During those days, someone told me about the International Courts where I could possibly get justice. Even though many people told me not to approach International Courts because it could create a difficult situation for me and my children, I still went ahead and did it. I filed a case and until this day, our case is ongoing at the International Labor Court.

I don’t know whether my husband is alive or not but other people treat me like a widow which is unfair. We hide our identity to survive. My daughter changed her surname. Due to his sacrifice, dedication, and contribution- the revolutionary movement have succeeded but he’s disappeared. No one knows where he is. Is he alive or not? Who will be responsible for our lives?

Besides, all of these, I still wanted to continue my study. I completed my Undergraduate Degree in Sociology in 2008. In 2012, I enrolled myself in Master’s degree in Rural Development. 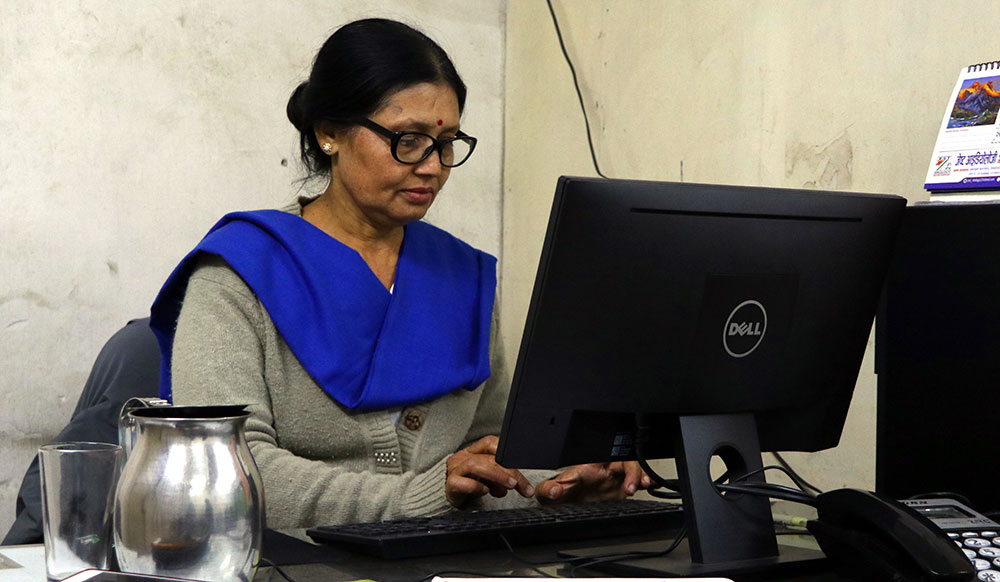 After working as a librarian for 6 years, I finally quit my work and started a new job at Gorkhapatra Sansthan; a National Daily. I am still working there as the Head of the Attendance Branch in the Administrative Department. I manage the attendance of more than five hundred permanent employees and 150 temporary employees.

In the past, I couldn’t feed my children properly. Now I can give them proper food. Eating healthy food was a luxury for us then, and now it’s normal. I still remember during Dashain I couldn’t afford to buy new clothes for my children even though their clothes and slippers were old, worn out and torn.

Right now my older daughter is a journalist in ‘The Rising Nepal’, an English language National Daily. My second daughter has gone to China for her Master’s and my son is studying to become an engineer. I am proud of my children who are all very dignified, hard-working and honest human beings.

When I think about the past, I get angry when I realize whose benefit the People’s War eventually served. I often think about my husband. But forgetting about him and moving on is easier than to always live in his memory. I am thankful that through all the hardships, I managed to create an independent life for myself and my children. If I hadn’t chosen to be strong and make a better life for me and my children, we would probably all be living in some broken-down condition. But I chose courage and rose above all difficulties.

I am Bimala Ghimire and this is my story.