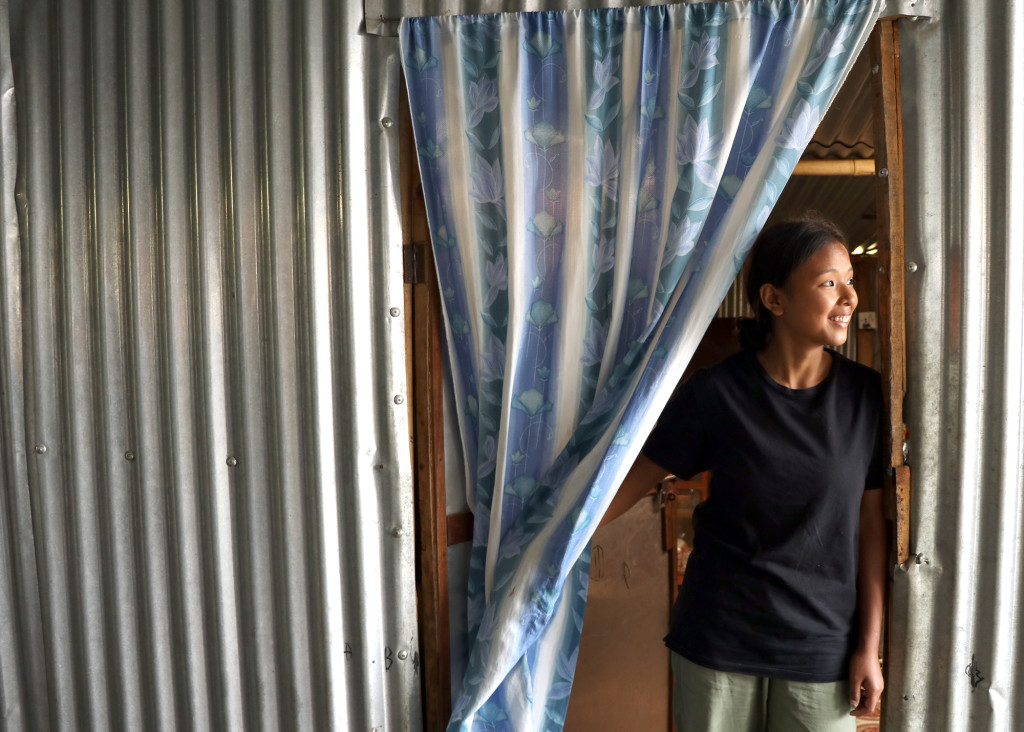 When I was small my father left us. I don’t know where he went. My family members spoke about it in our native Tamang language but since I didn’t know how to speak it, I couldn’t understand where he had gone. So, my mother was both my father and mother. When I was still very young, we left our village and migrated to Kathmandu.

In Kathmandu my mother opened a bhatti. She worked very hard and did very well in her job. When we came home from school, she always fed us delicious snacks. My mother was doing so well, that people would borrow money from her. She helped many from our village who would ask her for some loans. Most of these loans have never been paid back to her. 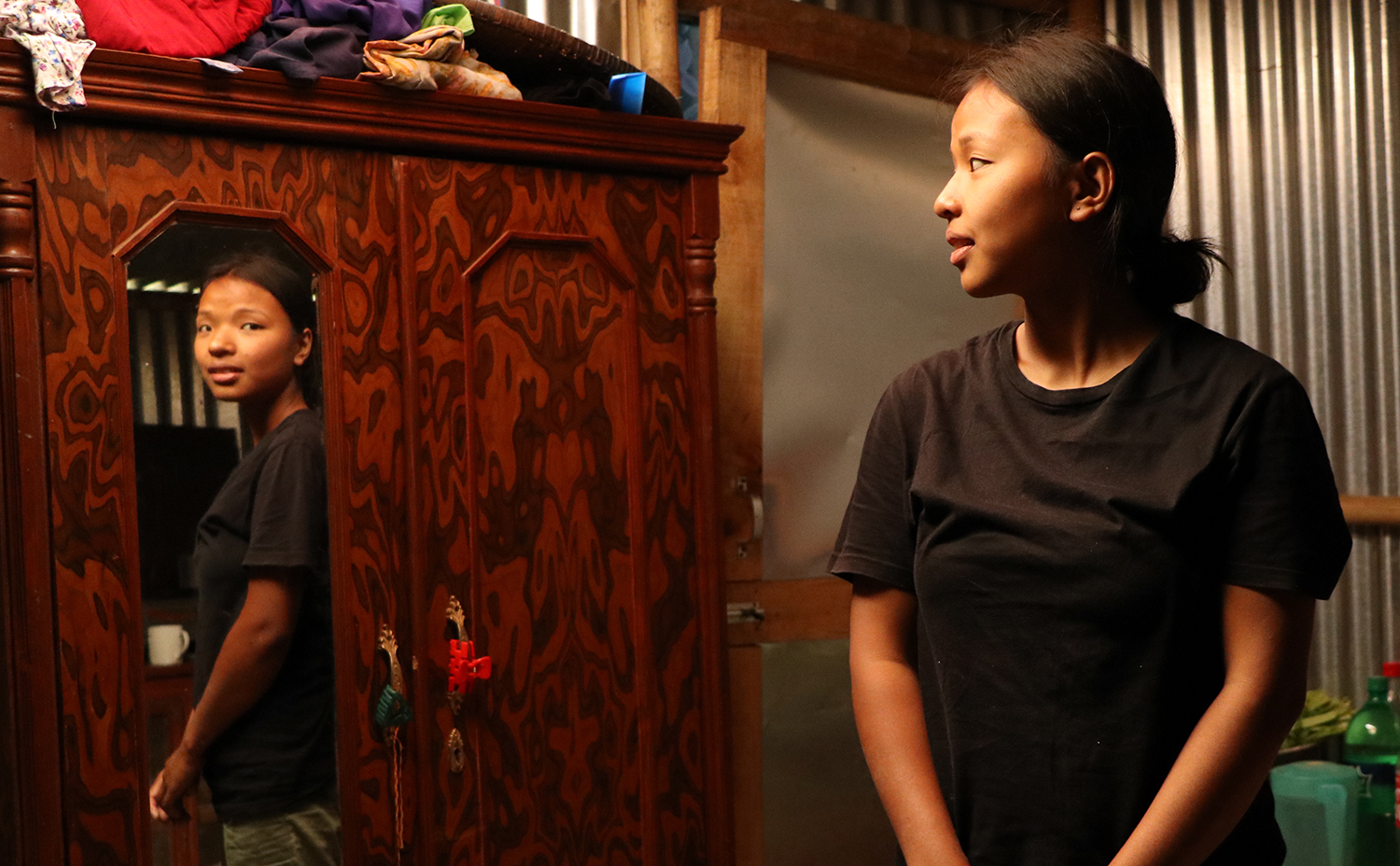 I still remember that day, when I came back from school and she wasn’t there to serve us any snacks. Me and my little sister looked all over the shop but we couldn’t find her. My aunt came to the shop and took us with her. No-one told me where my mother had gone but I listened to my family members speaking and found out that she had been arrested and taken into jail.

Since my family members only speak our native language, it was very difficult for them to look for my mother. They speak no Nepali and so navigating themselves in Nepal’s bureaucratic system is almost impossible. After few months, the police sent us a message saying that we could meet my mother. She was beaten very badly so she was sick at that time. We took some fruits for my mother. When she saw me and my sister, she hugged us and cried a lot. She shared all the sufferings of jail with my aunt. Since then we started visiting my mother every Saturday.

My aunt took care of us when my mother was in imprisoned. But she had a lot of mouths to feed so it was very difficult for her. She was also taking care of some of my cousins. We were often hungry and would do things for money like going to the construction site and collecting nails. We would then sell the nails and buy dalmot for lunch. During our lunch at school, we would eat the packet of dalmot very slowly since we had no other food. We would also go to forest nearby to collect plastic wrappers and make daalo, which we would sell.

One day, we got word that our mother wanted us to come and stay with her in jail. Perhaps because my aunt was having a hard time taking responsibility for us, they decided we should join our mother. I spent some good time in there with my mother and saw the wounds on her body from when they beat her. She was still in pain from the beatings. I then found out that my mother was in prison for smuggling drugs and that her friend and partner had actually turned her in. I also found out that a few months later her partner was also arrested but she committed suicide in prison.

After a month of being in jail, the jail 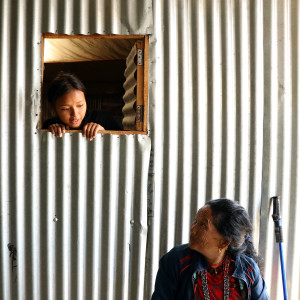 er told us that we should go stay outside of jail so we could study and have a sort of a normal life.We then met Pushpa mamu who took us and we stayed in a hostel not far away. We would come every weekend to visit our mother. I felt really good whenever I would spend time with my mother. She would cook for us and we would sleep together.  I loved the way she cooked food and played with my hair. My mother would also sew clothes, knit sweaters inside jail and earn money that way. She also made new clothes for us during the festivals.

Every time I was sad to leave my mother after the weekends were over she would make me feel better by telling me that the jail is her school and in the same way that I had to stay outside and go to school, she had to stay in jail and finish her school. She said she was getting her education in jail but I would be getting my education in school. She was also very protective of us when we spent time with her in jail because there were many women who were mentally not stable. They would often get violent, cause fights and create problems. I would get very scared in prison when the aunties would fight with each other and the police would come and punish them for fighting. The ones who fought would get tied to a big iron wheel with heavy chains.

Mother thought she would get free after 4 years but it turned out she was imprisoned for 10 years. During those 10 years she was often beaten very badly. She needed an operation for her uterus once and one of her eye went blind as well. She would save the rice, lentils and grains she got as her ration in prison and instead of eating it she would sell it to the other inmates. She would then send us the money. Because of this, she is now very weak and often sick.

After all these years of separation, now it’s difficult for me to readjust to being with my mother. We have a distance between us because of the 10 year separation. I don’t live with her now even though she is out of prison. I still stay at the Butterfly Home at ECDC because I feel like this is now my home. In the art that I do, I try to show the emotional distance between me and my mother. I feel blessed to have a home like the Butterfly Home and to be able to continue my studies and do what I want in my life.

I do however understand that people will do what they can to feel their children. It’s poverty that made my mother desperate and I know she tried very hard to be a good mother and take care of us to the best of her ability. 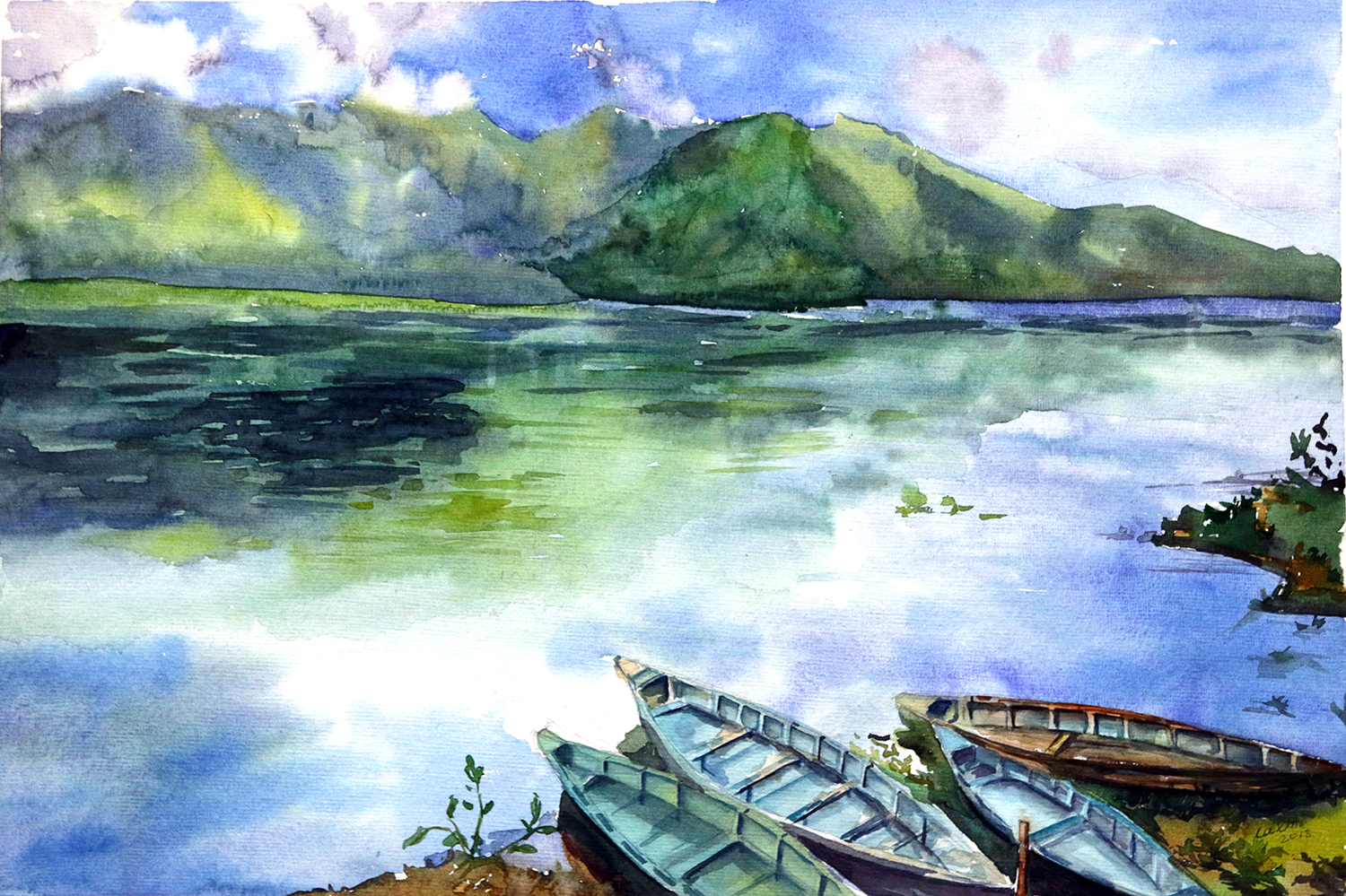 Fine arts has always been something that I have been interested in. Initially I thought I wanted to study math and be a banker so I would be able to make lots of money for my family, but when I consulted Pushpa mamu at ECDC she reminded me that money is not everything. To be able to do what you love in life is more precious than anything else. So, after finishing high school, I asked her to enroll me in the Fine Arts Program at Kathmandu University where I am studying now.Here, I can share my ideas and things that stress me with my mentor and friends. We often talk about emotions, and how out expression relieves our stress so I think this has been the best decision in my life. Studying art has taught me a lot about myself. 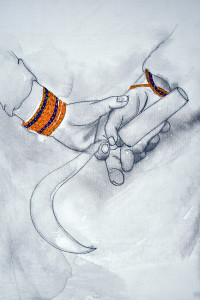 Various family members would often try to put pressure on me by telling me that everyone else my age was earning money and supporting their families but my mother has continually supported me. She says to me, if they are earning money then you are earning knowledge. So don’t listen to them and focus on your studies.

I want to study art therapy in the future. Although I love to paint and make my own work I don’t see the value of staying alone and painting my whole life. I want my skills to help other people, just like my mother and all the other aunties in jail who had immense stress, mental instability and various illnesses. I want to spend my life as an art therapist in prison and I know that Pushpa mamu and ECDC will make this possible for me. 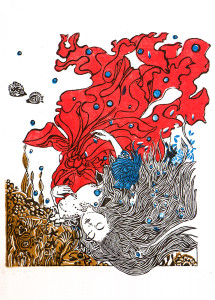 My mother reminds me that everything happens for a reason. Even when bad things happen, there is something good that comes out of it. I feel very fortunate to be a part of the family that I now call my own. If I hadn’t gotten a chance to stay here, who knows, maybe I would be one of the thousands of young girls working in the Gulf. When we go back to my village, people are proud of me and appreciate that I am so focused on my studies. Even though my mother suffered a lot, she ended up creating a life for us that is a very good life.

I am very thankful that I didn’t spend my childhood wasting my time but actually learnt how to struggle since very early on. My struggle is my strength now. I know that I am making my own way and that everything will be good.

My name is Laxmi Tamang. I live at the Butterfly Home which is run by Early Childhood Development Center. I am currently an arts student at Kathmandu University’s Fine Arts Program. I am an aspiring artist. And this is my story.