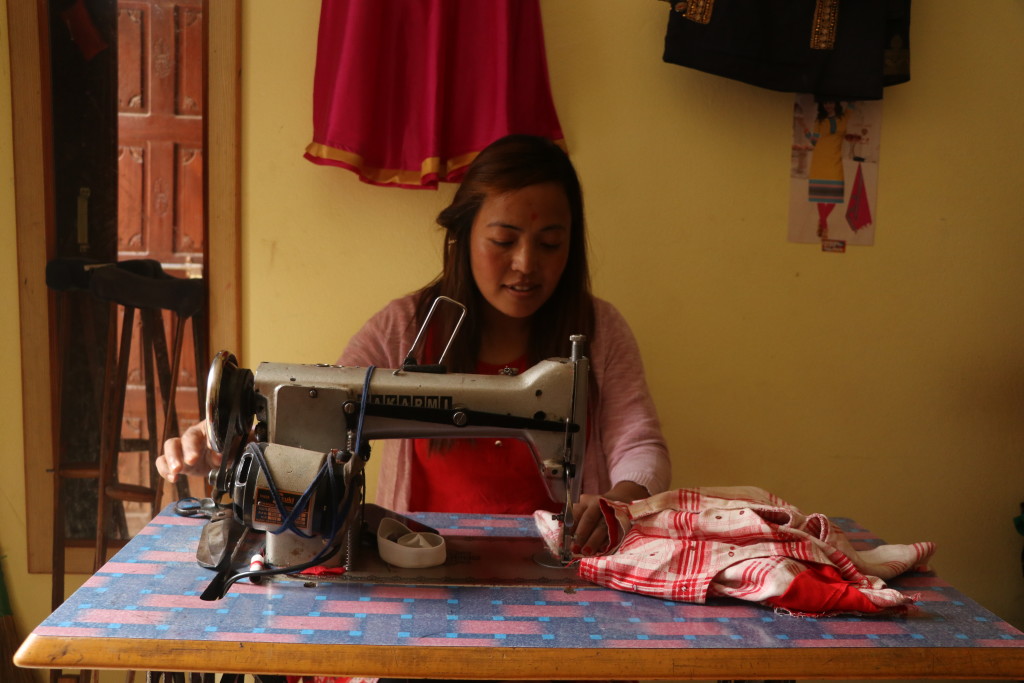 I was born in a low income family. My mother and father were both farmers. We barely made enough to eat through farming so any extra money was out of the question. I come from Thecho, Lalitpur and I still live there with my small family. My parents could barely afford basic needs for us so my upbringing was very frugal. 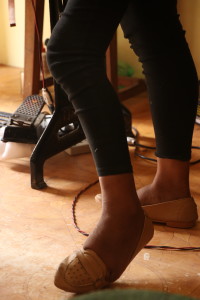 My School was far and it was very difficult for my friends to carry me. So, after a while my father got me admitted to a school close by. In this new school, there was a teacher who luckily helped me get crutches. Before that I would barely leave the house since I had to be carried everywhere. I got the crutches when I was thirteen years old. In the beginning I was terrified of walking with the crutches. Somehow, it was a reminder of my disability and I didn’t want to show it to anyone. But soon I started to go school with the help of crutches.

Unfortunately, a year later, I had to leave school permanently because my parents were too poor to pay for my education.

My neighbors didn’t treat me well. They would often tell me that I am a burden on my family. Often I shared my thoughts, desires and dreams for my future but they would only make fun of me.

My father opened a small shop in our village. I started to work in the shop. One day, a lady came to the shop and she asked if I would be interested in getting trained as a tailor. I always liked to sew so; I don’t want to miss this opportunity. I told my mother about the training and she allowed me to go there. I left my home and went to stay at Khagendra Nawa Jeevan Kendra in Jorpati for a year of tailor training. When I was in Khagendra Nawajeevan Kenra I saw many girls who were disabled and use crutches. After that I was never ashamed to use my crutches. 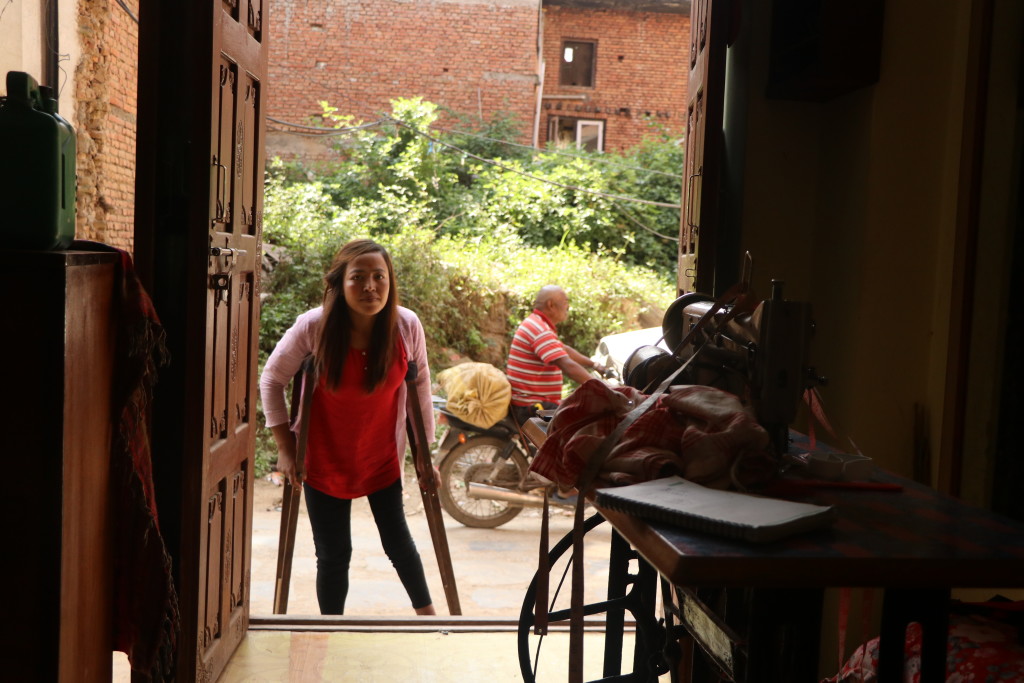 I came back to my home after my training but I didn’t work as a tailor for some years. I worked in our shop for 6 years. Eventually we had to leave the shop because the shop front was about to get reconstructed. After that I started to search for a job elsewhere and luckily, I got a job after some time. 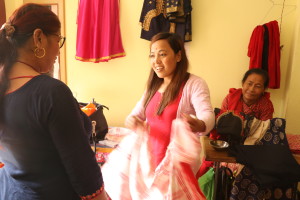 While I was home in between jobs my friends would come to my house and give me their clothes to mend. Slowly they started asking me to sew clothes for them. In the beginning, I refused them several times. But they wouldn’t take no for an answer and eventually I ended up sewing clothes for them. They were very impressed by my work and this really inspired me. So I started sewing clothes for whoever asked from my house. I used to own a gold earring that my mother had given me when I was a child. I sold those gold earrings for 9000 rupees (90 $) and bought myself a sewing machine with that money. Actually I bought two second hand machines and then started working as a seamstress from my own house. My entire community supported me and I was able to contribute financially at home. This made me feel very proud of myself.  Everything people said until then about how I would be a burden to my family was turning out to be wrong. 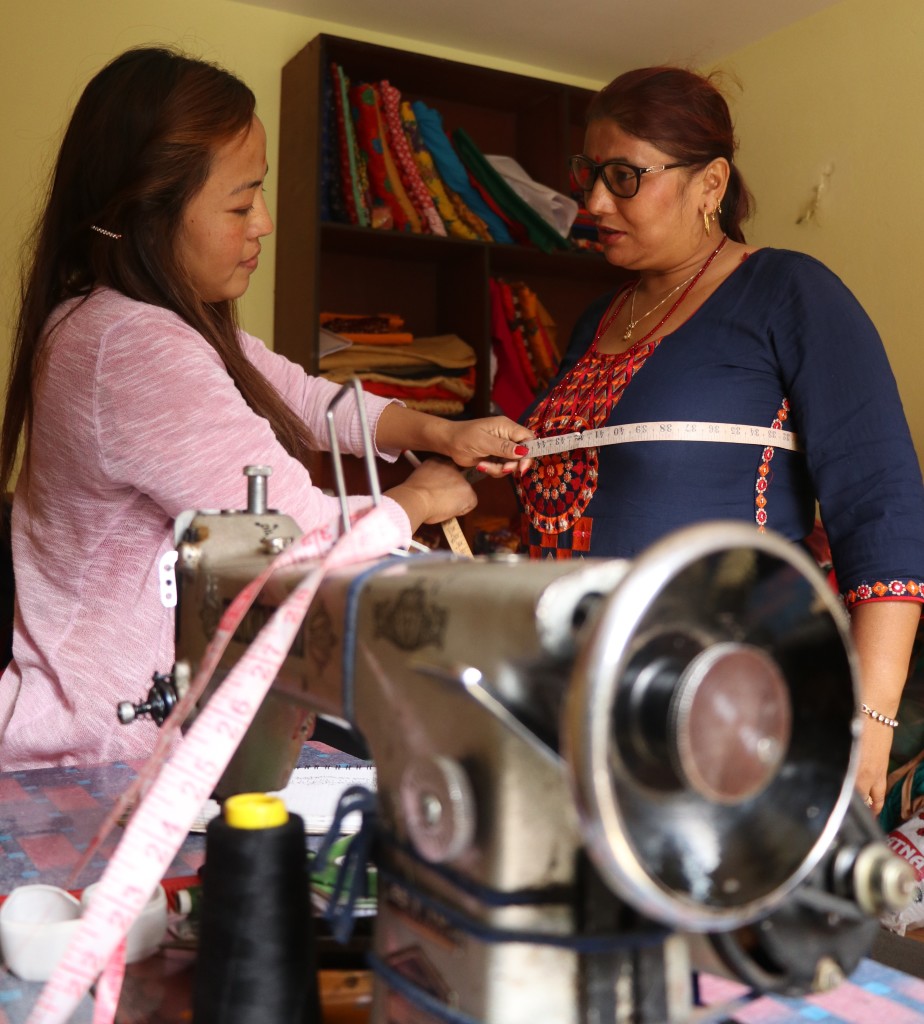 People who were mean to me, or sometimes would tease me about my physical condition slowly appreciated my work and became my customers. After a few years I opened my own shop. I now have a tailoring shop and I have hired two employees.

So, I am not just financially self-sufficient, I provide work to others.

This has made me very confident of myself. I have become stronger and can deal with anything that comes up now. I even travel to places that I would not think about before. Last year I went to Sikkim. I don’t feel embarrassed to use my crutches. I take public transportation and go wherever I feel like. Being called disabled is no longer an issue for me. I work hard and support my entire family now. 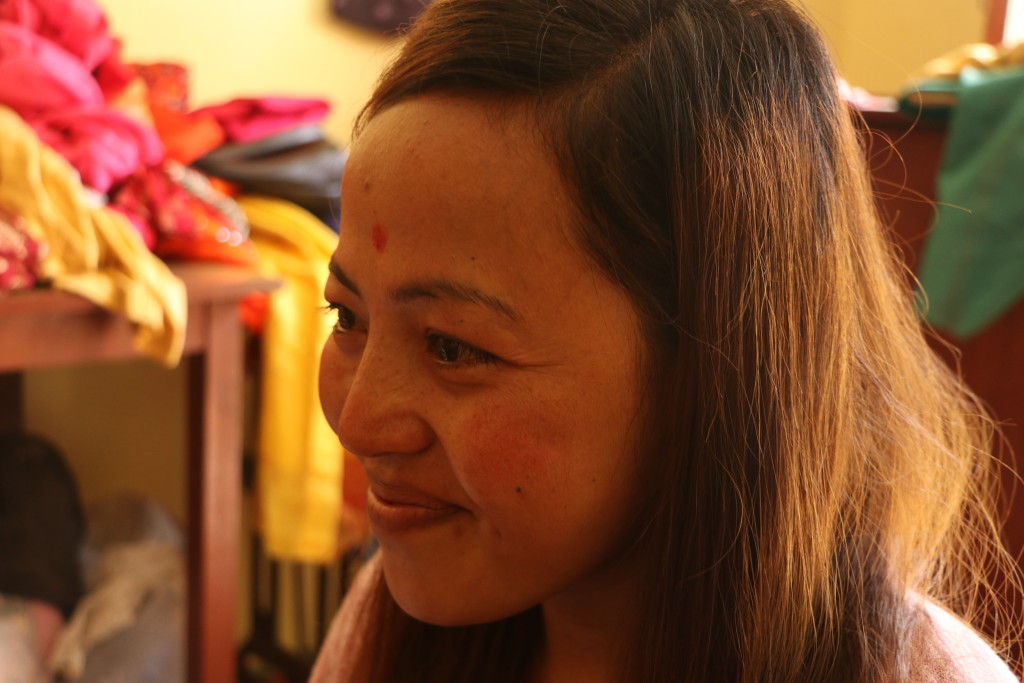