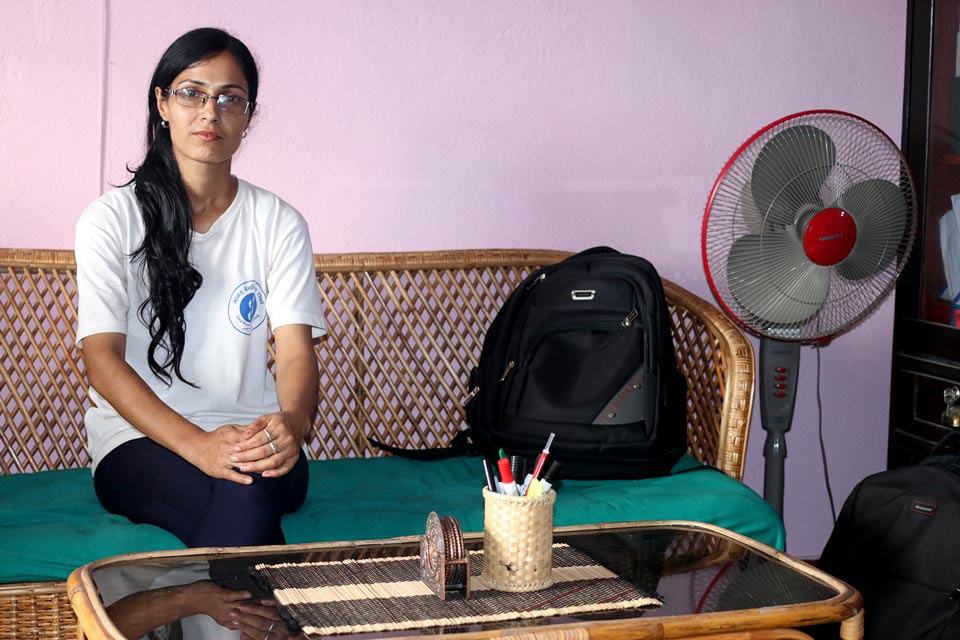 I was born in 1981 in the eastern district of Jhapa in Nepal. I have two elder sisters and brothers. My two sisters got married when I was a kid so I was in charge of doing all the house work. Even though I was a good student I could not continue. My father being a farmer could not afford money for my education. I used to sell the chickens which I had raised so I could afford to pay my school fees.

When I was in ninth grade, our house caught on fire. We had nothing left except the clothes on our backs. It was a very traumatic time for me.  My brother had also been sexually abusing me for years. Since I would try and hide from my brother and he didn’t get what he asked for, he started harassing me verbally with foul words. I could not share about these matters to anyone. I felt no one would support me. I started being afraid of staying in my own home. I was scared of my own father as well. It was difficult for me to fall asleep at night. So I would go to my friend’s house to sleep. Gradually I quit my study. I was traumatized and would cry every single day

About 16 years ago, one of my childhood friends who was now living in Kathmandu visited home. My mother went to her and discussed about my situation. She was unaware of the attempts of sexual abuses by my own brother but she knew I was having difficult time at home. My friend suggested that it maybe better to send me to Kathmandu and work so I could forget about troubles at home. 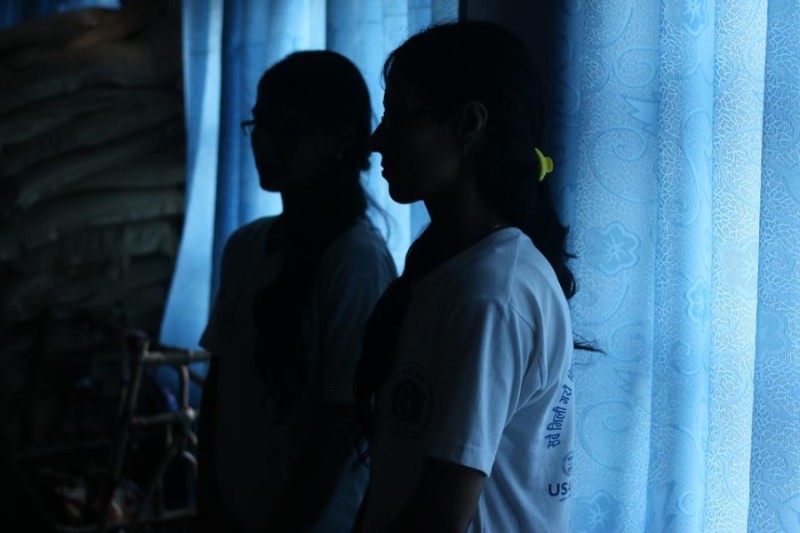 That same year I left for Kathmandu.

I lived with my friend in Kathmandu and worked together in a garment factory. I was new in Kathmandu and completely unaware of my surroundings. When winter arrived it was difficult for me to adjust to the cold. But I decided to never return home and told myself that I would survive the harshest conditions by myself even if it killed me.  After two months my friend asked me to leave her apartment and my own place. I knew no one in Kathmandu at that time.

I told my situation to an acquaintance in the garment factory. He suggested I should marry one of his friends who would take care of me.

I had never seen this person before but for my survival I married his friend in a temple and moved in with him. After a year, I gave birth to my daughter.

I had quit my job when I had the baby but the salary my husband brought home was not enough for us. So I started working as a baby sitter and a house maid. Many of the house owners tried to sexually abuse me but every time someone did something that made me feel uncomfortable I would simply leave the house.

Soon my husband left for work to India. He didn’t contact me for a year.

In between that period, I started selling clothes on the streets of Chabahil. One day one of the sisters from my village saw me. I talked to her about work and how I needed money. Then she told me about her work as a waiter in a dance bar at Thamel. She told me that I could work there if I wanted to. She told me, “I have worked for many years now. It may be good or bad. If you like the work you can continue else just leave.”

I went to the dance bar to work a few days later. I had never heard about Dohori or a dance bar before. The first time I entered I saw big lights, heard loud music and was told to sit next to the guests at the corner of the room. At that time, I was so afraid I could barely speak to people. The smell of cigarettes suffocated me. My boss told me that if a customer ordered a drink for us, we would keep a certain percentage from the sales. I started earning 2500 rupees salary a month. A month later it increased to 3500.

The first month I worked as a host. I had a four-month old child to take care of. I used to lock her in a room when I went to work. Some evenings the neighbors took my child out from my room and took care of her until I got back 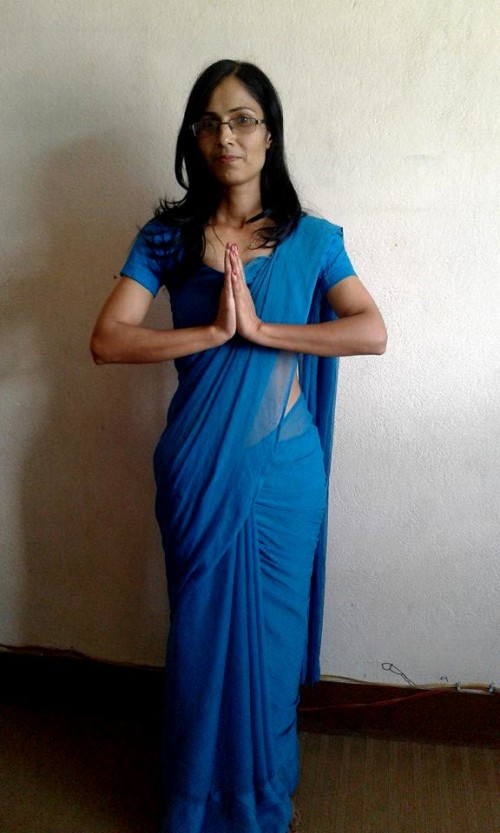 Some clients used to think that we were easy women and thus open to exploitation and abuse. They didn’t know or care that we were trying to sustain our lives. After a month of being a host, I became a waitress in the same bar.

One night, right before midnight, the police came. They were dressed in civilian clothes and were fully drunk. They started bullying us right as they entered and then they started to beat us. The manager and the bouncers were supposed to take care of us but they just hid while we were beat. Some of the workers were taken to terrace and were beaten up. I was taken to the accountant’s room near the terrace and was hit repeatedly on my face. The policeman was verbally abusing me as he beat me brutally. I had thick yellow liquid coming out of my eye which later turned into blood. I almost fainted. The right side of my face was numb. Our manager had called the police from another station while he was hiding and finally a bunch of other policemen came who got rid of the other drunken bunch.

I used to leave for work at 4 pm. My neighbors used to always gossip about me and where I was all night. When I returned back home after work at midnight, we had a hard time travelling back. The police on the streets often told us, “Our sisters work in jungles and bring fodder and wood. Why can’t you do similar work?” Many times boys in motorcycles followed the taxi we were in.

My husband came back to Nepal after a year without bringing a single penny. He used to say people working in restaurant are not good people. When my customers gave me tips and I took home extra money he would accuse me of doing something bad to get those tips. I told him to visit my workplace so he could see for himself but he never came. Like so many others, he had his own perception of reality without knowing the truth. We often got into arguments about my work.

After the police beatings I went to the hospital because my ears were in a lot of pain. They told me that my ear drum had been affected. I had to go get it operated. My workplace offered no compensation. After a month I returned to the same workplace.

Around that time, I heard about WOFOWON (Women’s Forum for Women in Nepal). One of my sisters told me about them. I was very happy when I first came to their office. Finally, someone was working for the employees of the entertainment sector in Kathmandu.

Our voices were heard here. 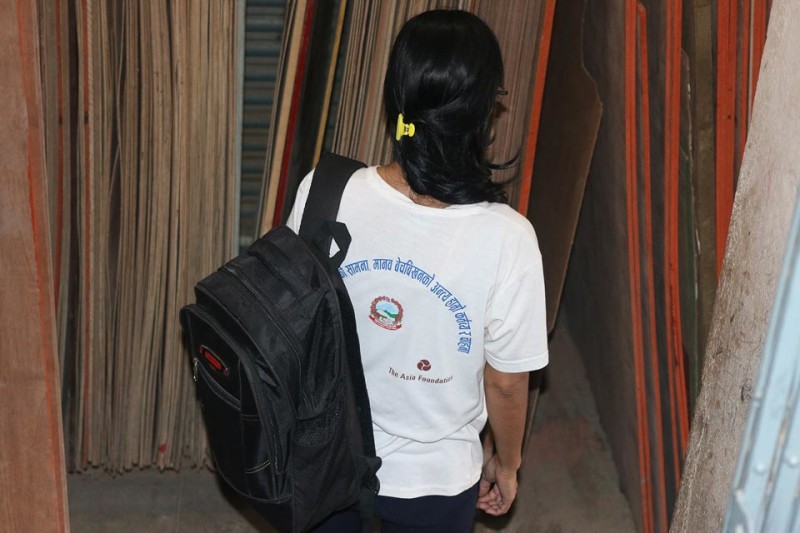 I learnt about forming a union. The management never provided us with any security so this was the only way we could help each other. All the employees formed a union. We got an identity card saying that we are dance bar employees. When the owner of the dance bar found out that we formed a union he called for a meeting at midnight after work. We told him that we needed a union for our security. I reminded him that when the police beat us, I wasn’t compensated a penny for medical expenses. There was a heated argument and our boss wanted to fire all 60 employees of the bar along with us if we continue forming union groups. WOFOWON helped us negotiate with our bosses and finally we all returned to working in the same place.

During the day, I would often go to the offices of the organization. They trained us on employee rights, government laws and women’s rights. I got confident. I spoke to my family about my work. Orientations and trainings on various issues helped me understand that I wasn’t doing anything wrong. I started being proud of who I am.

I started volunteering for WOFOWON. In the day times we go to cabin restaurants and massage parlors and speak to the women working there. In the evening we go to the Dohori and dance bars. Many women come to the organization’s office for various trainings. 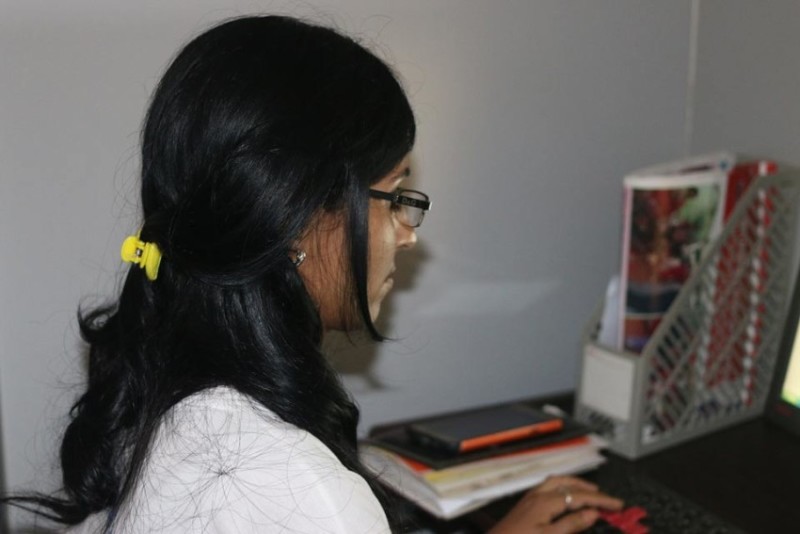 I had never shared the story of my sexual abuse by my brother to anyone before. But I felt safe to reveal this at the organization. They provided me with a counsellor that I saw for many months after. Few years ago, I went back to my parent’s home. I saw my brother there. This time I spoke against him in front of all the family members. I became a brave person after that.

I rarely visit my house anymore.