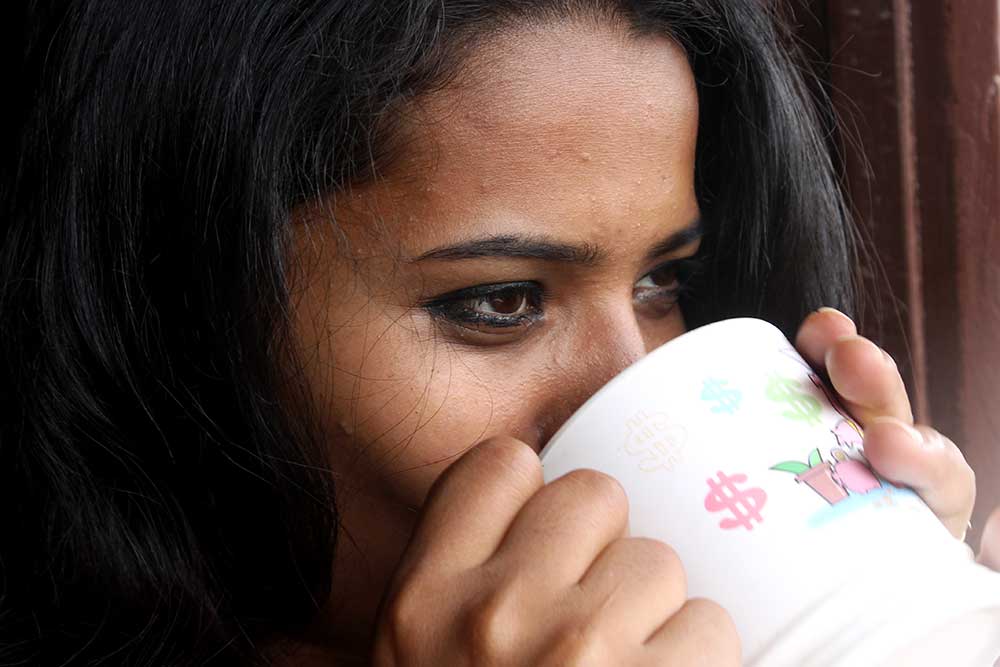 A usual day was waking up at dawn and working all day; chores that were never ending and tiring. I could not be demanding but I remember asking ‘my family’ to send me to school. “You get enough to eat and survive, what is with these additional demands?” That is where it always ended; after all I was only a maid who was being taken care of.

I was 12 or 13 when I started feeling and understanding things, had they let me read and write or sent me to school I would have praised them my whole life. I could not bear it when the violence started becoming extreme and inhuman. Sometimes the simplest of things would invite terrorizing humiliation. Verbal and physical insults had no defined structure; sometimes she would spit on my face in front of people.

“They told me I was bought for 50 dollars when I was 5 years old from Guwahati, India. I grew up with a lot of negative reinforcements; slaps and punches were a part of my daily life.”

I grew up in Boudha with a Sherpa family; they told me I was bought for INR 5000 from Guwhati, India when I was 5 years old. I grew up with a lot of negative reinforcements; slaps and punches were a part of my daily life. I shared my life and bed with the dog they had, sometimes I felt it had a better life than mine. That is pretty much what I remember of my childhood. 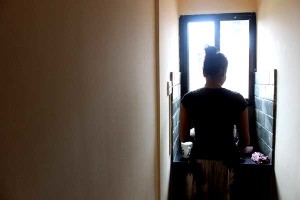 When things started getting too harsh at 14, I ran away for the first time and started working in a hotel. They found me and told me that things will get better and we will be a family this time, promising me with more smiles and dreams. It turned out to be the worst nightmare. This time I had to experience sexual abuse from the son of the family.

I was no one’s daughter with no family which is probably why  even when I ran away it was only to go back to the same people. Whenever I demanded to be sent to school. “What you are getting now is what you are worth, you are a maid” is the only education I ever really got. “If I am a maid why am I not getting paid?” I told them to pay me for all the years I had worked for free. Nothing ever happened however.

I was 16 years old and had already experienced so much pain and fear.A friend had told me about a marketing job in North India and I fearless decided to take that voyage. I even went to Guwhati looking for my parents but found no one, how would I anyway? I did not know their names or what they looked like. I spent a year in India selling sweaters, learning marketing,human behavior, relationships and most importantly myself. I learnt how fragile and temporary relationships were. I was feeling wiser and happier and things were working well until the owner started getting frisky with me and life became difficult again. I went to the owner’s wife and told her what was going on, for a change,she was actually a nice person. She bought me my tickets back to Nepal and helped me out. It was the first time in my life where I was taking my decisions, doing things I liked and stayed away from what I did not like. 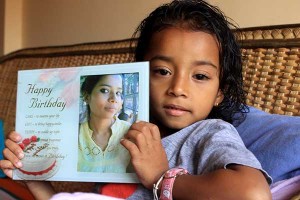 Once I came back to Nepal I went back to the same place one more time, what other option did I have? They did not have anyone to do the chores and I had no food to eat so they took me in. This time it was not for too long, they started accusing me of being too flamboyant and that I was getting out of control.

A friend told me that Pokhara was the place to be in and make a living so I left for Pokhara. I worked in a cosmetic shop and started learning things faster than I thought I would. I found someone I felt connected with and attracted towards. My boss found out about my relationship with him and fired me. They took my phone, my sim card and put me in a bus to Kathmandu. I had lost all hopes once again but this time things were different. The first time he came to see me, he was hardly in his senses, half covered and no shoes, he rode his bike all the way from Pokhara without wearing a helmet and had bought me a phone.He would come to Kathmandu every week to be with me. We then got married at Pashupatinath temple, he made regular trips to Kathmandu but never stayed here with me for too long.

I got pregnant and things were still unclear. He brought money to get my baby aborted but I had decided that I wanted this baby; I wanted to have a family.I was lost in that phase and didn’t realize that his visits were becoming irregular.I was three months pregnant and something told me to go to Pokhara. After endless trips to his parent’s place I figured out that he was married to a new girl who was his real wife because she was his legal wife. I was not even a legal person.

I had no money to eat or even pay for my transportation. I walked kilometers each day, everyday. After uncountable trips to the guy’s house and the police station I got 1500 dollars to take care of my daughter. I bought a little gold because I did not have a bank account. I could not read or write. I was not an orphan, I was no one’s wife. I was identity less. It was especially during this phase that I did not even feel human because I could not even prove my existence, my identity.

Life started again with Yuma.There were days when my body could not produce milk and I had to “crush” beaten rice to produce milk like stuff to feed her to survive. Things were painful but the scariest part was to apprehend that my kid might have to live a life like mine. I went back to my ex-husband and asked him to get my daughter a birth certificate and he didn’t take it seriously. It took cops, and an educated lady who helped me through this and lots of courage to fight for the two of us. She took good care of me for one year.

I ended up working for a leading spa, training a team of masseuses. Things started changing, and life started getting more stable. Yuma is 6 years old today and goes to school. I run a spa in Kathmandu and work as a therapy trainer.

I have no papers or any thing proof to my nationality and identity. Today I am thankful that I managed to get my daughter registered legally so she can call herself a Nepali. It is a disturbing feeling to know that your birth and your death in this world does not make much of a difference. As women we suffer cultural and social setbacks but we have also been ignored by our government and the political systems. Our identity and existence has always been dependent on our male counterparts and the relationships that would validate our life, which is not fair. I do not know much legalities but I have had it difficult as a family-less person, a mother but mostly because I am a woman. 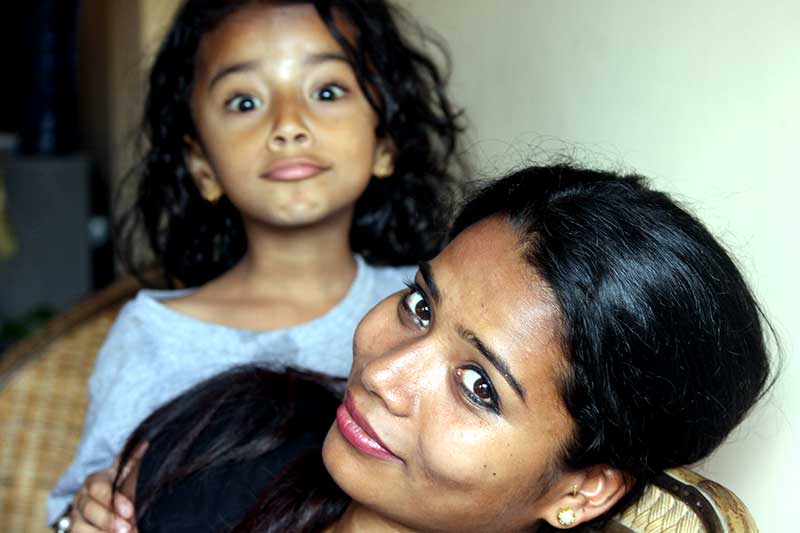 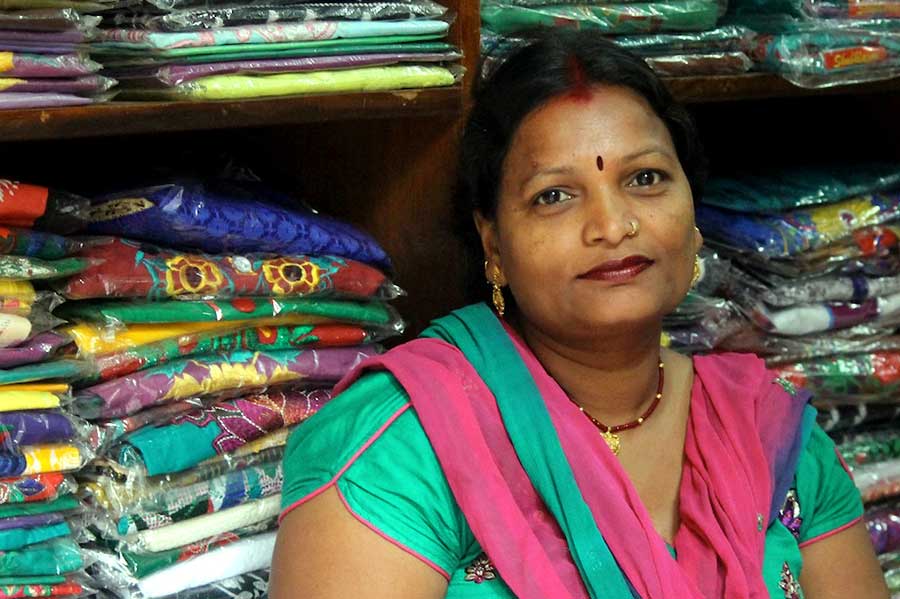 I was the fourth child out of five that my parents had. They took good care of us and we grew up happy. We had a content, playful childhood and kept busy with games and other things we saw others do.

It never even occurred to us that there was a world outside of Malangwa -which is where I was born and raised. The closest school was about 4 or 5 kilometres away from Malangwa; the capital of Sarlahi district. None of us ever went to school; it took me a very long time to understand that proper education was not just important but a necessity in today’s world. Our ignorance, social setting and inconveniences were probably distancing us from education more than the physical distance itself.

“The ignorance, social setting and inconveniences were probably distancing us from education more that the physical distance itself.”

I got married off at a young age of 15 and had my first child at 16. Having a child as a teenager is a painful experience. Moreover the physical, psychological and emotional journey can be overwhelming, sometimes even devastating. Today when I see someone pregnant, it makes me uncomfortable and anxious, reminding me of my days of struggle. If I could go back in past and redo things, I would choose education over anything else and raise my voice against child marriage.

I have three grown up kids who go to school. I have understood how important schooling is for various reasons but primarily to know how to read and write. I own a garment store and have no option but to rely on my staff for almost everything. It is in times like these when I cannot do the simplest things, like maintain a logbook or read a newspaper, I feel helpless. There is nothing I can do about it since I am an illiterate person. I feel education makes you independent and self sufficient in the real sense, just like knowing how to cook helps you survive.

Babita Das. She is the story.